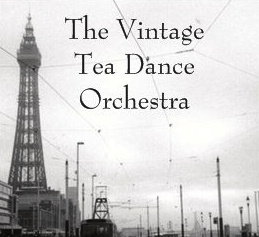 For various reasons, including a few adventures with The Vintage Tea Dance Orchestra, there was only one outburst of trombone poetry this month. This was in the bowels of The Clarendon Hotel in Blackheath, where this trombone also joined in with Phil Mead on piano, John Webb on drums and the legendary Dave Silk on bass.

In amongst standards such as Mean to Me and Blue Skies, poems such as Terminus and A Great Deal were aired.

The room was not overpopulated, but, to our great surprise, someone managed to winkle out the hotel’s resident poet, who unfurled a few rhymes.

Blackheath: gateway to the East. 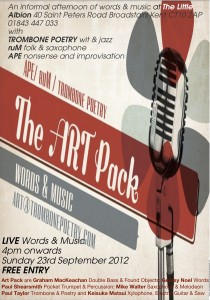 This entry was posted in Chronicle and tagged Blackheath, jazz. Bookmark the permalink.
Logging In...