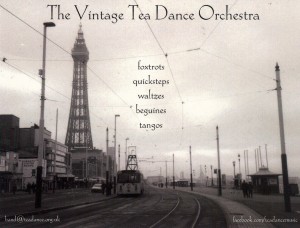 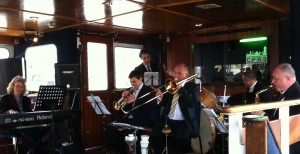 Under the baton, or trombone, of Paul Taylor, the Orchestra spins the melodies of yesteryear for the discerning dancer. The golden years of swing have been distilled into a six-piece dance band that reaches back for waltzes and steps forward for rumbas and cha-cha-cha.

For those who knew the days of the big band, live music can never be replaced by push-button canned music. For those new to the game, dancing to a real band can change everything.

The band has a huge repertoire of dance music ranging from barn dances and traditional waltzes to jazz and swing music from the 1920s through to the pop hits of the 1960s.

Subject to negotiation, the band can also be expanded to a full-size big band.