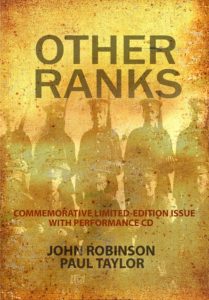 Other Ranks is an 800-line epic poem by John Robinson with new music specially composed by Paul Taylor. Written for three voices, it also includes songs.

The subject is an unsentimental, non-nostalgic examination of the situation of the volunteer proletarian soldier, not only in World War One, but throughout history.

A limited edition of the Other Ranks script with recorded music and selected readings is now available in book and CD form. Words spoken by the author, John Robinson with Jim Higo, and Mickey Higgins who also performs the songs. 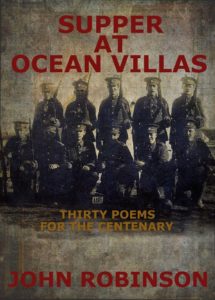