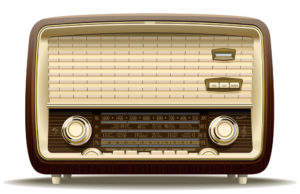 There have been occasional broadcasts of trombone poetry, including a stint on BBC Radio 3’s The Verb, done as a favour, in return for which a poem was decapitated.

Happier occasions have come courtesy of Resonance FM and Shipfull of Bombs, some of which have been archived: