January’s proceedings began with another Whitechapel knees-up at Indo Bar, in the bottle-rattling company of Terry Edwards’ Near Jazz Experience. An unusually receptive mob listened to new poems such as Uplift and Realism.

An all-too-brief tour of Hull began with at Hull Truck Theatre, where Harry Strutters Hot Rhythm Orchestra performed the Swinging At The Cotton Club show to a packed house. 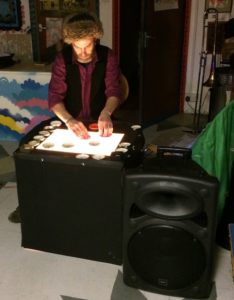 A couple of days later, trombone poetry teamed up with John Robinson, experimental songster Graham Graham Beck, Philip Codd with his looped Hull speech samples, and ribald poet Rick Gammon, for an evening of readings and noisings – Groundswell – at Ground Gallery in Beverley Road. John Robinson, the poet who created the Other Ranks project, experimented with improvised backings, for an excerpt of Other Ranks, from Beck and Codd, this trombone, and Dave Ellis on bass. That project will be presented later this year in Hull, and comprises a performance of John’s poem about volunteer proletarian soldiers in the First World War, with original music by this trombonist.

After presiding at the Pave Bar Jazz Jam the next day, this trombone returned to the Hull Jazz fold, for a performance at The Goodfellowship Inn of an original suite, Jazz in Hull: People & Places, dedicated to the memory of Ken Ford, founder of Hull Jazz, and inspired by the many musicians who were guilty of encouraging a young trombonist to try to play jazz. 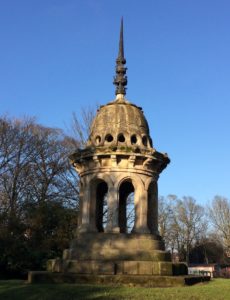 Peter Elsdon was at the piano, with Alan Drever-Smith on drums, and a fine job they did, in the unfortunate absence of bassist Lisa Featherston, who was taken ill earlier that day. Sitting in were Matt Smith on tenor sax, and Gary “Hut People” Hammond on percussion.

This gig resulted in a booking at Hull Jazz Festival on July 14th.

Back in London, trombone poetry rounded off the month with a stint at Scaledown, upstairs at The King & Queen in Fitzrovia. The line-up included Professor Baba & his Invisible Band. Well worth trying to see. The event coincided with the birthday of presenter Shaun Hendry. He should be all right again by now.

There are no trombone poetry events scheduled for March, but offers are welcome. However, there will be a long-awaited performance by The Blowpipes Trombone Trio.

SWINGING AT THE COTTON CLUB
The Brook Theatre

Scandinavian Street Market, taking place 25-26 March on Albion Street between the Finnish and Norwegian Churches in Rotherhithe. Free to visit.

This entry was posted in Chronicle, Trombonicle and tagged Fitzrovia, Hull, jazz, Rotherhithe, Whitechapel. Bookmark the permalink.
Logging In...