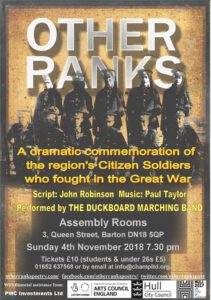 A couple of years ago, this trombone was invited, at two days’ notice, to play at Ronnie Scott’s with The Mingus Big Band. That initial sortie immediately led to playing the remaining eleven shows that week, none of them with the same programme. An exhilarating week, not for the faint-hearted.

A surprise invitation rattled the cage this summer, resulting in another bout with Mingus’s glorious music, this time in Leeds. Things seem very different after a gig with that band.

Soon after that came a double show with Roberto Pla’s Latin Ensemble at the London Latin Jazz Festival. Playing with Roberto has been a vital part of musical life ever since he started his band, and the evening at the Pizza Express Jazz Club in Soho was another triumphant event for this amazing ensemble.

Poetry news? Some new poems are appearing on a new social housing blog run by the Residents’ Forum of Hexagon Housing Association. Next month, some other new poems should be appearing on another new site. Let’s see.

This entry was posted in Trombonicle and tagged Bromley, festival, Hull, jazz, Peckham. Bookmark the permalink.
Logging In...