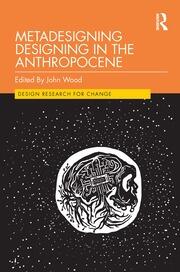 While it’s true that this blog needs to diversify, this post may seem very divergent from trombones and poetry.

Here’s the context: for decades I’ve been intrigued and inspired by the work of Buckminster Fuller, an inventor, designer and writer. In several of his books he chose to convey his design thinking in the form of free verse. He was, for a time, an honorary Professor of Poetry.

Having tried to digest his voluminous writings on design, industrialization, ecology and geometry, I was invited, round about 1990, to collaborate with John Wood at Goldsmiths on his innovative hypertext project, the IDEAbase, and wrote a hypertext about Fuller, which was accompanied by a series of talks given to MA Design students.

Since those days, I have been trying to figure out how to write a book of poetry in response to Fuller’s doings and makings. This book must finally emerge next year, one way or another.

Last year, Professor Wood sent another invitation: to contribute to a collection of essays about Metadesigning with a chapter on Buckminster Fuller. This remarkable book, whose full title is Metadesigning Designing in the Anthropocene, is being published in June 2022 by Routledge.

The book ranges far from design theory: readers will find considerations of semiotics, poetics and even ‘pataphysics, alongside a peculiar invention of mine, the Tetracosm.