Although his free-jazz blart-frenzy, The Near Jazz Experience, is perhaps not a racing certainty as a romance-kindler on next week’s Valentine’s Day there, Terry Edwards easily banished any January gloom at the hallowed Indo Bar in Whitechapel. The poetry of doomed liaisons and scrambled newspapers was frisbeed over the pizzas and Weissbier by trombone poetry, with the trombone also invited again to step into the NJE vortex.

At Lurca’s birthday party “self-indulgent cabaret”, we had a flutter of Hawkwind from Richard Sanderson, the roaring tuba of Oren Marshall, spontaneous trombone poetry compositions such as What The Beetle Had For Breakfast and, girded by a herd, a hurdy-gurdy.

In the secular, beer-selling bit of The Union Chapel, the Upper Hall, Park Road Pilot put on another packed charity-funding arts event, wherein trombone poetry recited Punch, written about a ruined reading at Lurca’s bash, plus a few blues-fuelled inventions. The mellifluous Roshi Nasehi got herself into loops, and someone treated us to spoken chatroom obscenity tedium.

The outnumbered punters at the Vibe Gallery’s poetry open mic were warmed by a sarangi recital, before the poetry was let loose. Nice vibe, shame about the art.

In Stoke Newington’s former snooker hall, The Others, trombone poetry was invited to collaborate again with Paulo Duarte’s illustrious Overground Collective, getting the ball rolling with plunger-mute preludes and poems like Shaky Ground and The Magic Chair. There followed a stunning improvised duet by Rachel Musson and Julie Kjaer before the Collective took over.

The month tumbled to a finish at Freedom of Expression in Croydon, where The ART Pack was ceremonially launched with the swing of a brown ale bottle at the wrong end of The Green Dragon. Paul Shearsmith, wielding a pBone, duelled with this trombone, followed by a burst of trombone poetry, a ration of ruM, and an outcry of APE. That’s ART, that is. 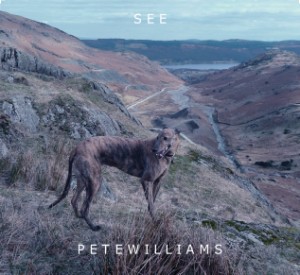 The trombone will be out and about with Pete Williams’ band this month, to launch the new album, “See”. See:

The Glee Club
The Arcadian Centre
Birmingham
B5 4TD