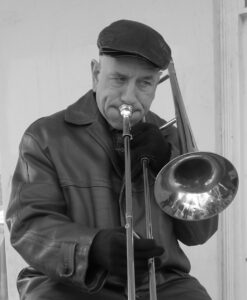 “The trombone is, in my opinion, the true head of that family of wind instruments that I have called epic. It possesses nobility and grandeur to the highest degree; it has all the heavy and powerful tones of high musical poetry, from the calm and imposing religious tone to the passionate clamours of the orgy. It depends on the composer to make it by turn chant like a choir of priests, threaten, lament, murmur a funeral knell, strike up a hymn of glory, burst out into dreadful roars, or sound its formidable flourish to awaken the dead or doom the living.”