Last month’s ventures began afloat, but not adrift, on the Regent’s Canal, with a return to Jazz And Poetry On The Water, where trombone poetry offered Blues At Sea and a flotilla of marinets. Also on the bill was what I took to be a kind of performance art, using saxophone and play-along backing tracks. It didn’t rain though. 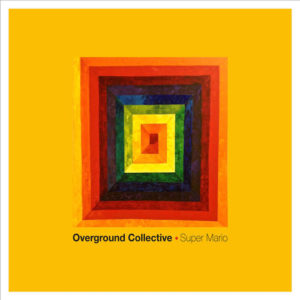 Paulo Duarte must be pleased with the launch of the OverGround Collective album at The Vortex, and we look forward to announcing here the tour of Portugal that will undoubtedly blossom next year. As part of the global outreach effort, there has been a hilarious idea to propose a trombone solo for a GRAMMY® Nomination.

Also flourishing was Roland Perrin’s glorious Blue Planet Orchestra, playing with a new line-up at the 606 Club. Previous albums from this project can be tracked down in the discography hereabouts. More performances must be insisted on, by popular demand.

There was an unscheduled outburst of trombone poetry at Blake Fest in Bognor, too, thanks to Charlotte Glasson, who invited this trombone to join her and guitarist Chris Spedding. In amongst Charlotte’s tunes was a recital of This Trombone, Oblonging, If You Wait and I Make a Documentary. A re-booking is rumoured.

This month’s antics begin in Limehouse, with the surprise revival of Click Beetle!